Depending on who you ask, snoring is either a comedic effect or just plain annoying. It’s not really something many people take seriously.

However, you might want to seek medical help if you snore since it could be a sign of obstructive sleep apnea, a condition that could increase your cancer risk.

What Is Obstructive Sleep Apnea?

Sleep apnea is a condition in which the brain suffers brief periods of insufficient oxygen. The problem could be neurological in nature meaning that there is a lapse in communication between the brain and the muscles that control breathing.

But the most common cause of sleep apnea is physiological in nature. Obstructive sleep apnea (OSA) happens when structures in the mouth, neck, or throat block off the airway and prevent oxygen from entering the lungs.

Snoring is not always present in every case of obstructive sleep apnea. It is still a common symptom, though. Signs of OSA can include snoring marked by periods of silence and then a gasp or grunt in an attempt to open up the airways.

OSA has a few negative side effects including a sore throat, jaw or tooth pain from stress-induced teeth clenching, and dry mouth that leads to an increased risk for oral disease.

Studies reveal some even more serious side-effects. The lack of oxygen puts OSA sufferers at increased risk for high blood pressure, diabetes, stroke, depression, and heart failure. It almost goes without saying that the lack of a good night’s rest also increases one’s risk of having an accident while driving. OSA can also negatively impact performance at work or school.

If you suffer from OSA or suspect that you do, then there is one more very serious risk you should be aware of: the increased risk of cancer mortality.

At present, there is no data proving that OSA directly causes cancer. But several key studies show a strong connection between the low oxygen levels and how aggressive the cancer is.

This study supports the idea that the periods of low oxygen associated with OSA directly affect cancer growth rate.

A long-term study conducted by the University of Wisconsin followed 1,522 individuals for a period of 22 years to track their sleep patterns and health conditions. The results indicated that people with sleep apnea are nearly five times more like to die from cancer than people without sleep breathing disorders.

These and other studies suggest that cancer is more dangerous for people who have obstructive sleep apnea than for those who don’t.

Do You Have Obstructive Sleep Apnea?

There’s no need to start panicking if you know that you snore! Your snoring may not even be due to sleep apnea. The only way you’ll find out for sure is if you consult a medical professional.

You may have OSA if you notice these signs:

You can lower your risk for any complications resulting from OSA by treating the condition as soon as possible. Losing weight, quitting smoking, changing up your sleeping position, and avoiding alcohol before bed are all things that can help reduce OSA.

If you are diagnosed with obstructive sleep apnea, you might benefit from professional treatment. Therapy could range from surgery to a CPAP machine to a jaw repositioning device.

To find out more about obstructive sleep apnea and its risks, talk to a dentist in Tacoma. Dr. Duke Bui can give you an evaluation, let you know treatment options, and refer you out to a specialist, if necessary. Call our team today to plan your visit.

How Depression Affects Your Dental Health

Everything you need to know about dental sealants

Why Do My Teeth Hurt When It's Cold Outside? 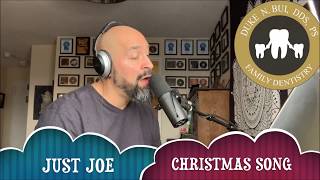 10 Ways to Make Teeth Brushing Fun for Your Kids

5 Things to Look for in a Toothbrush

Avoiding the Dentist Because of a Bad Gag Reflex? 9 Tips to Help You Cope

How Can I Tell If I Have Gum Disease?